Why Do Fetuses Kick So Much?

The feeling of a kicking fetus is perhaps one of the more fun parts of having a baby, but these movements serve a purpose well beyond letting you know that that little thing is in there!

Is it really a big concern?

Spines are naturally curved, not straight, so what good posture actually looks like isn't as straightforward as you might think.

Why Does Body-Temperature Air Feel Hot?

You'd think that air that was the same temperature as your body would feel neutral, but if you've ever been outside when it's 37 degrees Celsius out... you know that's not the case!

Why Do Batteries Taste Sour?

If you put your tongue on a 9-volt battery it might taste sour, kind of like lemonade, but why does that shock have a flavor?

There's a lot we can learn about ourselves in the process.

Why Do Prosthetic Limbs Feel Way Heavier Than Biological Ones

Because biological limbs are connected to our skeletons, we don't notice that they weigh a lot!

As technology develops, scientists have designed lighter, more functional prostheses and the latest can even use the skeleton like a biological limb does!

The Cybathlon: The Olympics of Restoring Daily Tasks

The olympic games showcase the potential of the human body.

The paralympic games showcase the potential of the human will.

But what if paralympic athletes were allowed to use any device? 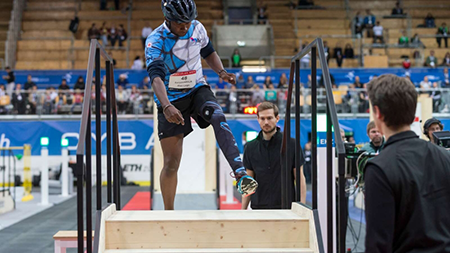